Ranger Penny has sent along some pictures from the recent United Fan Con in Massachusetts. Stephen Austin, Pak'Ma'Ra Ambassador was the guest from Babylon 5. 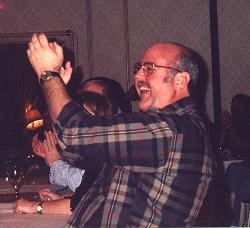 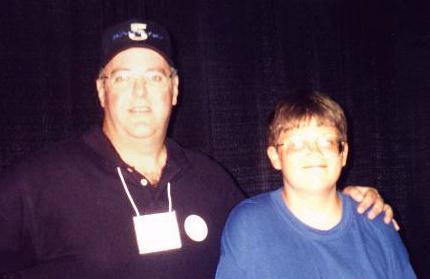 BEST OF BOTH WORLDS 7, Sydney, Australia 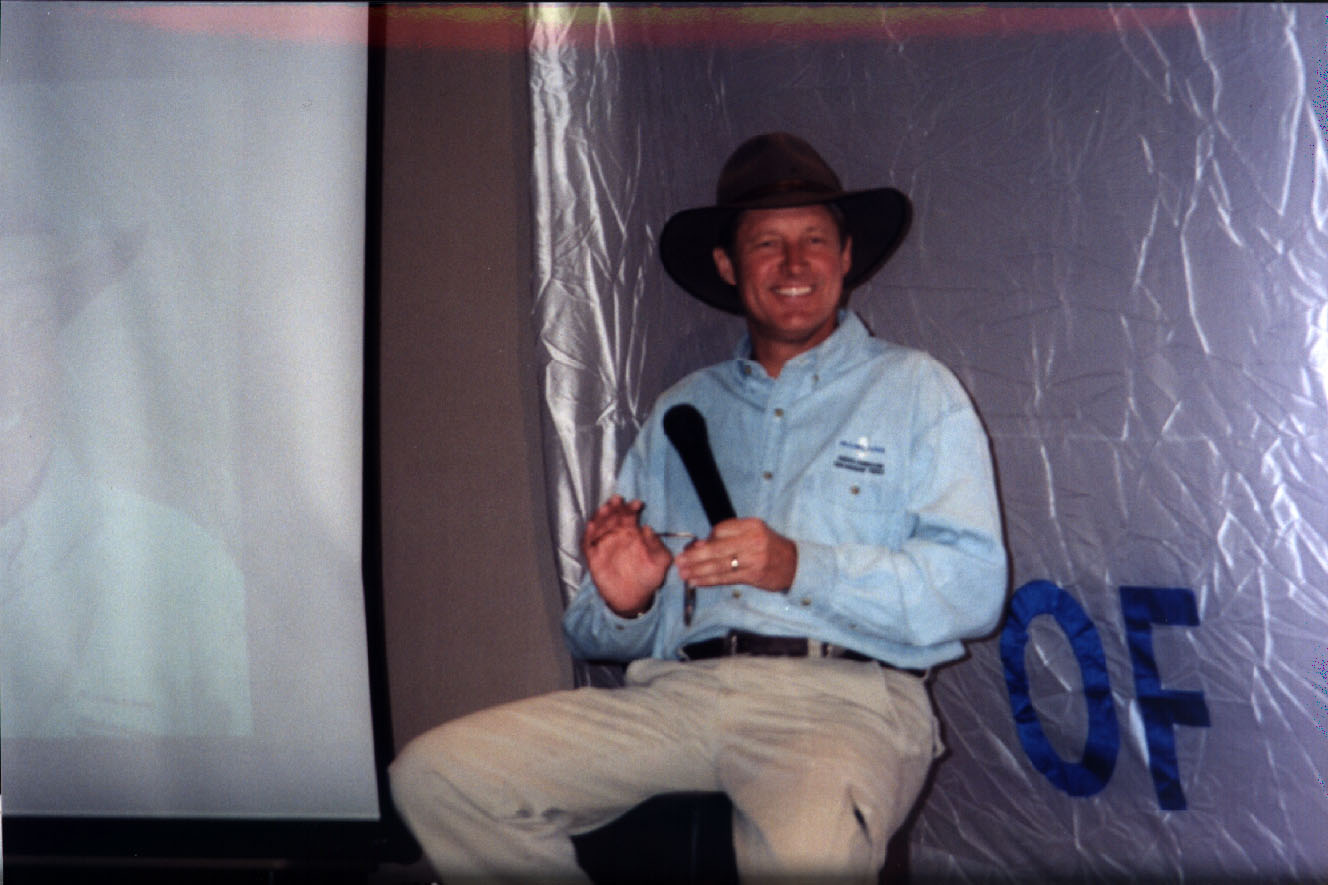 Is this the man from Snowy River? No it's Bruce Boxleitner 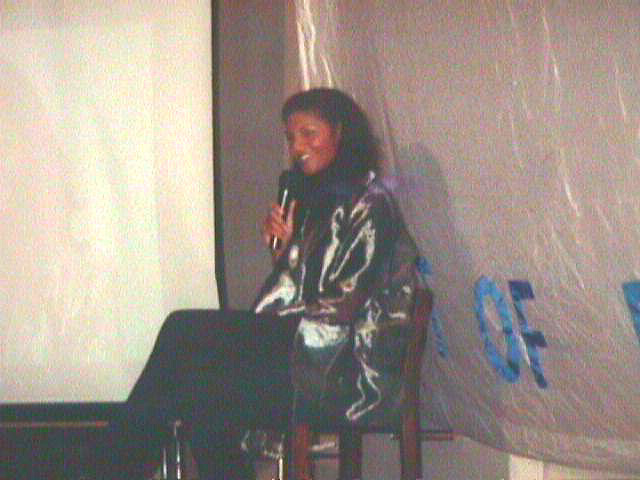 Marjean Holden was absolutely wonderful. She signed autographs all day long, and brought along some special footage of the films she's made, loved the Vampire stuff! 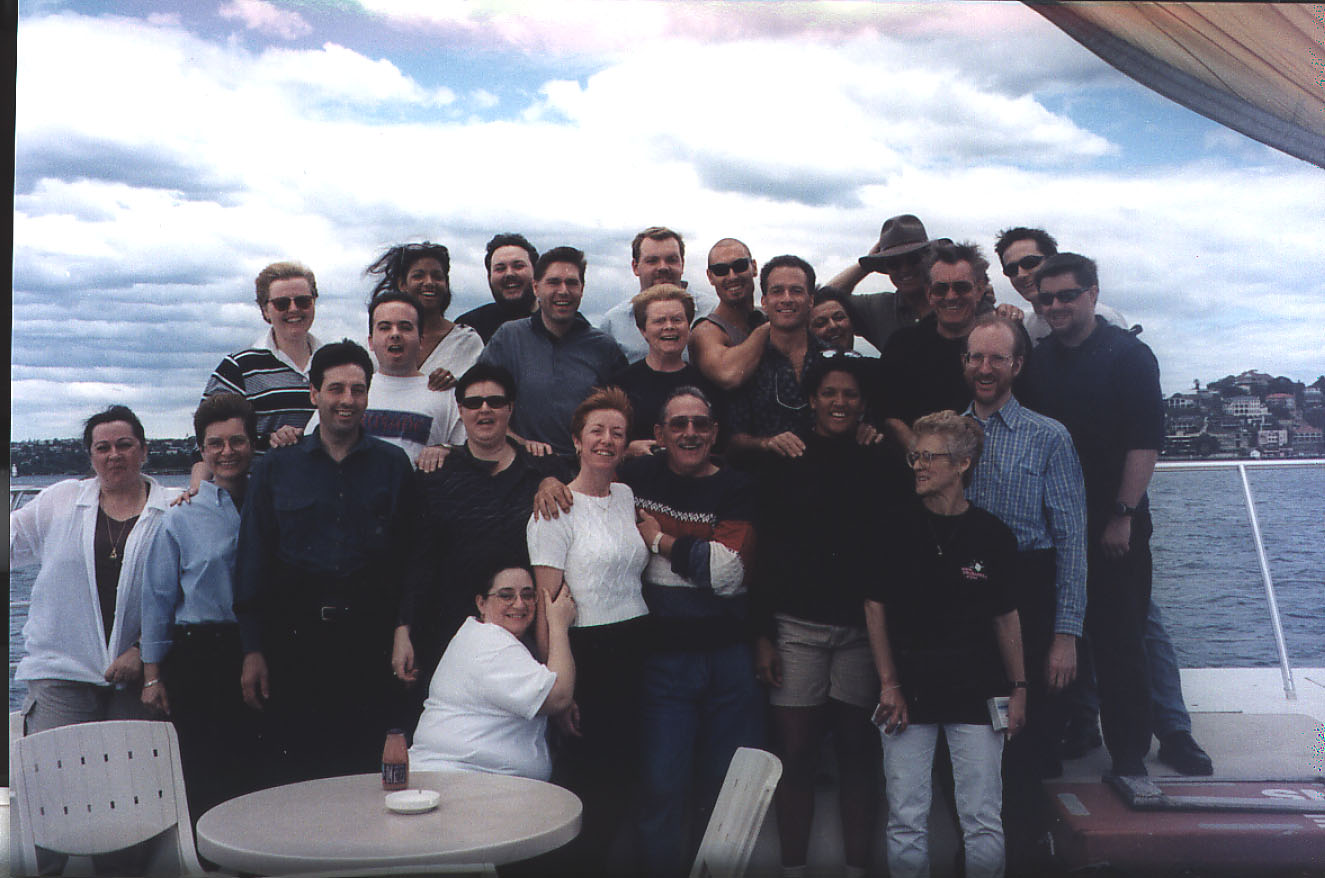 I'm glad our cruise wasn't like that of Gillian. Can you imagine being stranded with this motley group? Here are the guests & helpers from BOBW. 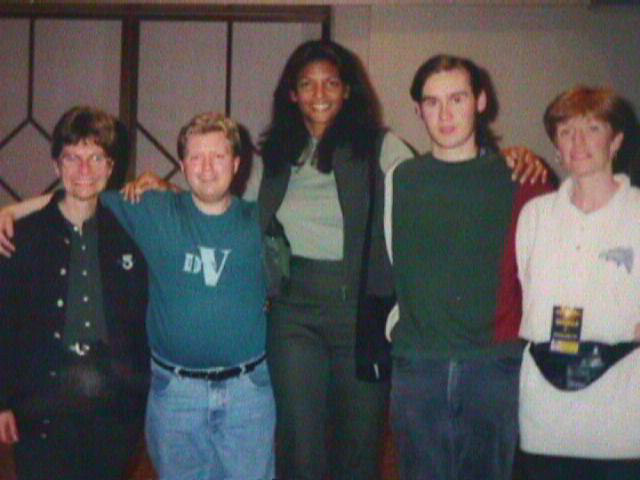 A few chatters got together for the occasion. Here we have Sandy, Wedge, Marjean, and Lyta on the end. 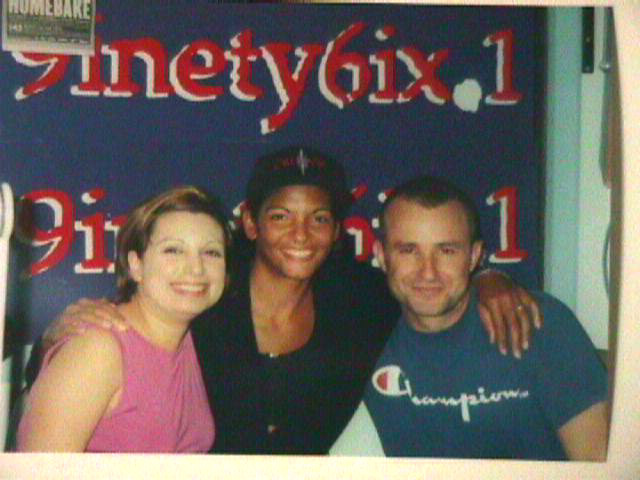 Marjean did a morning radio show while in Sydney. 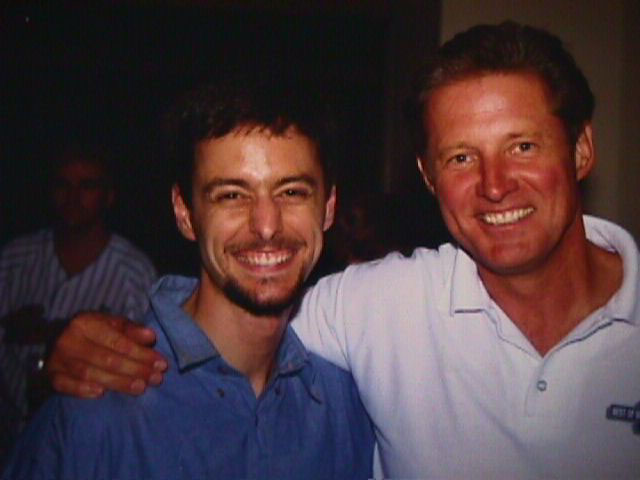 Does Robert look happy with Bruce or what? 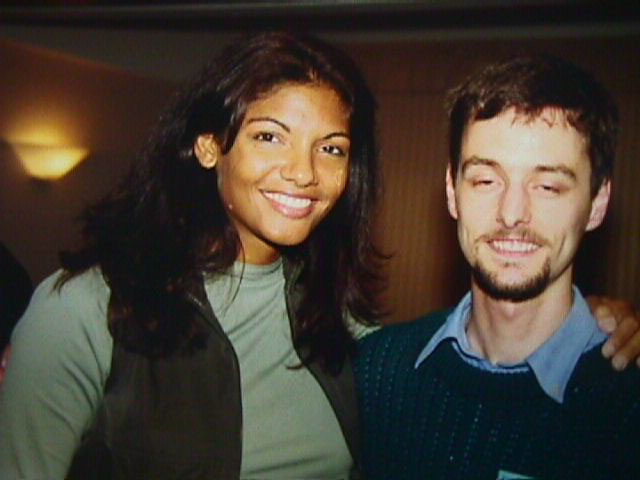 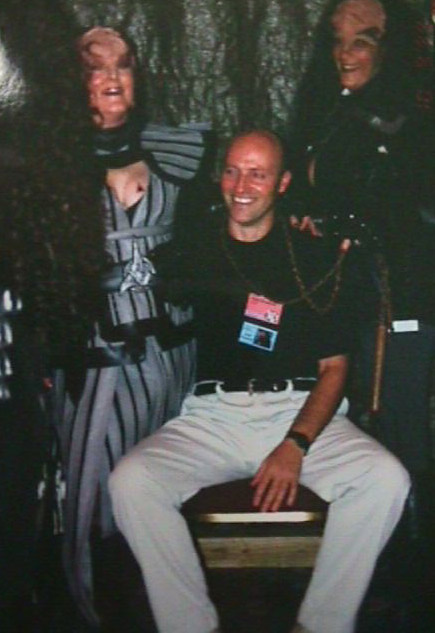 Peter Woodward being jailed by some Klingons!

Carrie Dobro and me taking a break. 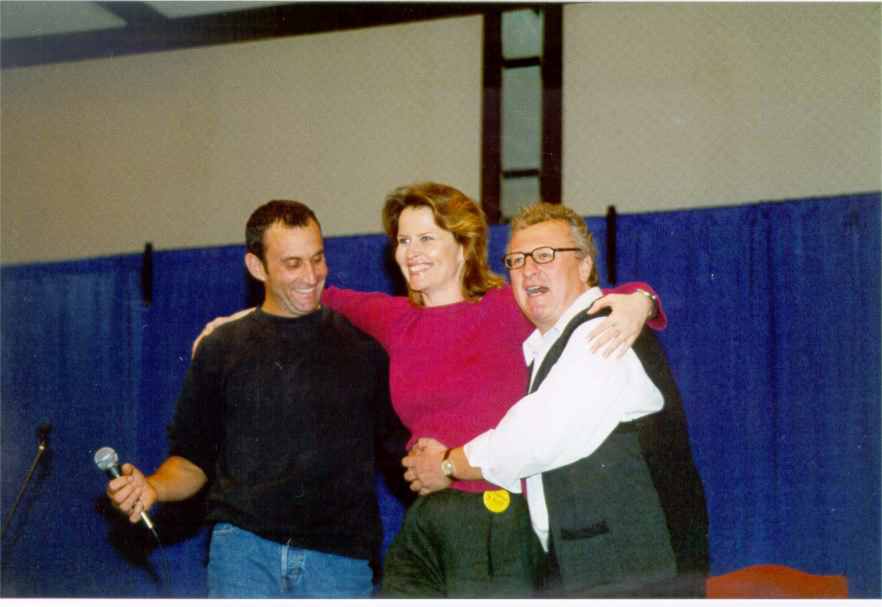 Dancing to the music of James Darren! 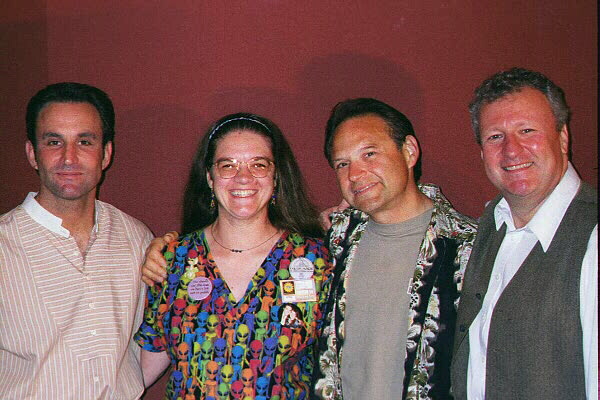 Dawn having some fun with Bob, Stephen and Peter in Toronto. 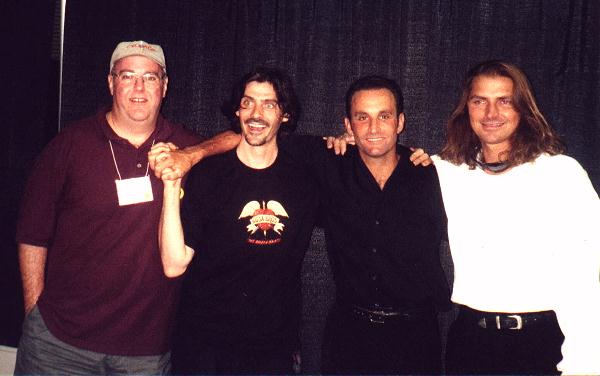 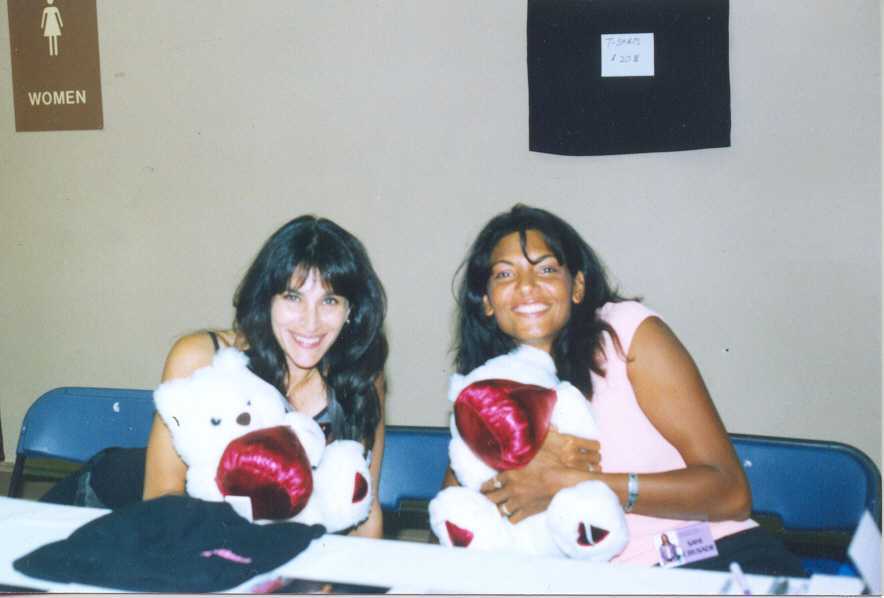 Carrie and Marjean in Valley Forge, PA. I see John has done his thing again
with the Hershey bears! 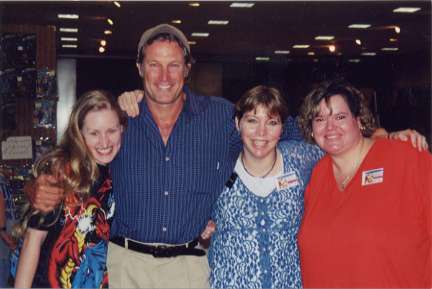 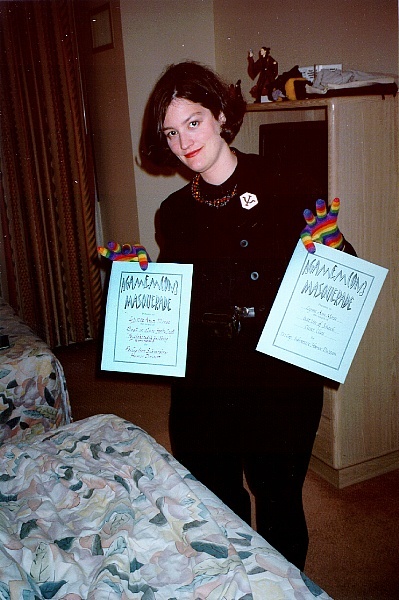 LAMorse (CrazySoph) in her Psi Corp costume at the convention. Nice gloves!

Is that Groucho? Yes, indeed. Having a ball at Agamemcon! 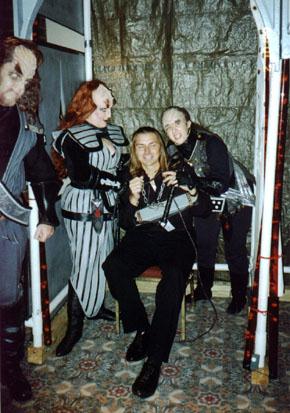 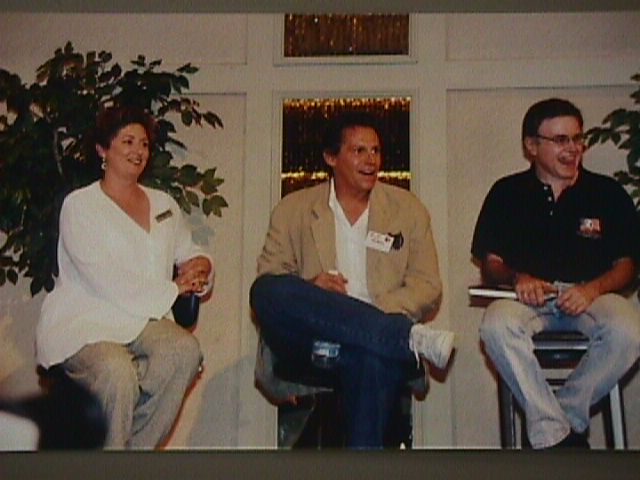 Michael O'Hare with a young fan.

Shopping in Berlin. Pat Tallman is in the middle.

Some photos I took during the convention! 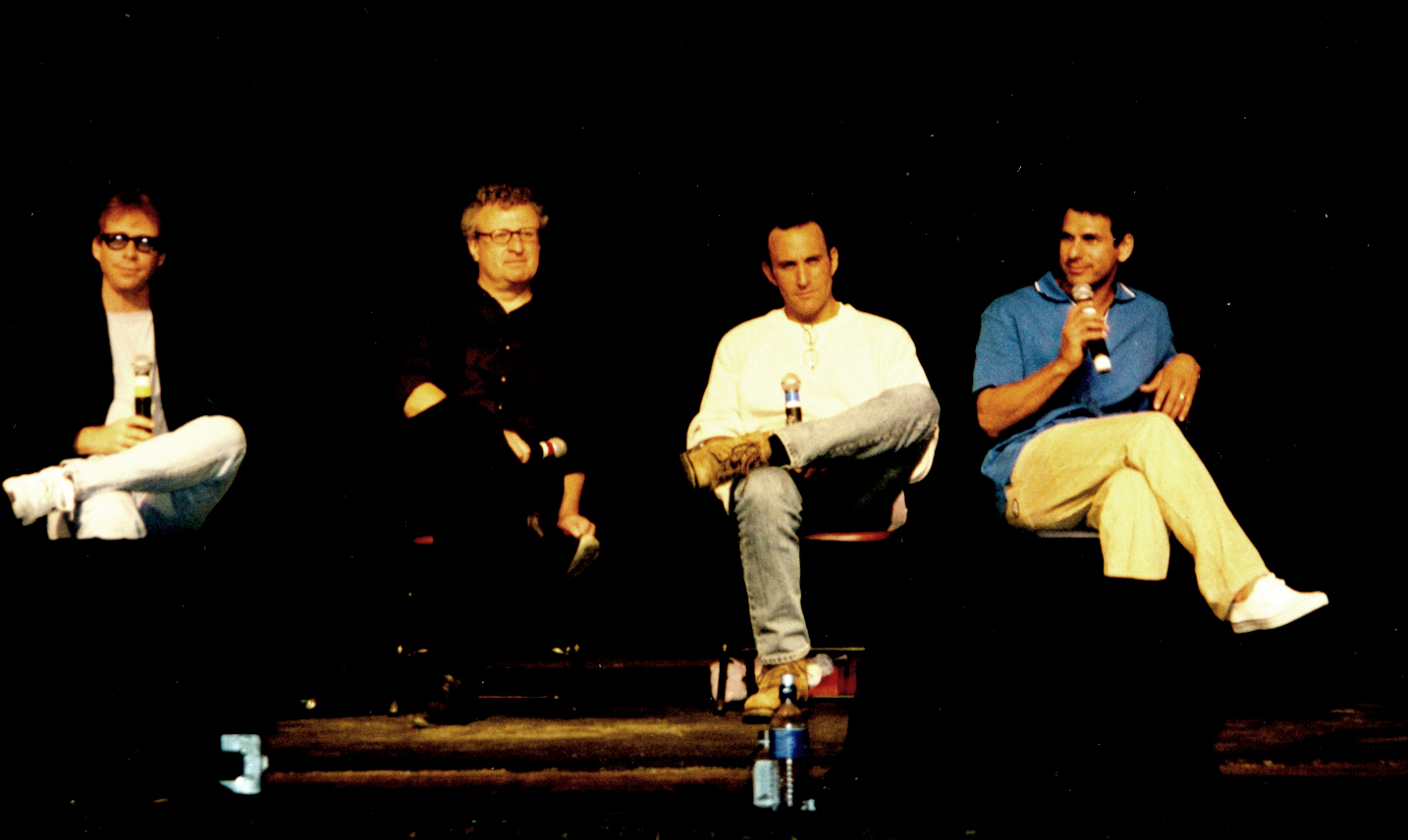 
A NUMBER OF CONVENTIONS AROUND THE U.S.

These were taken by Nancy & Grieg Pederson 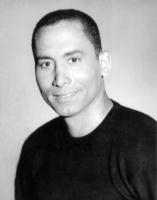 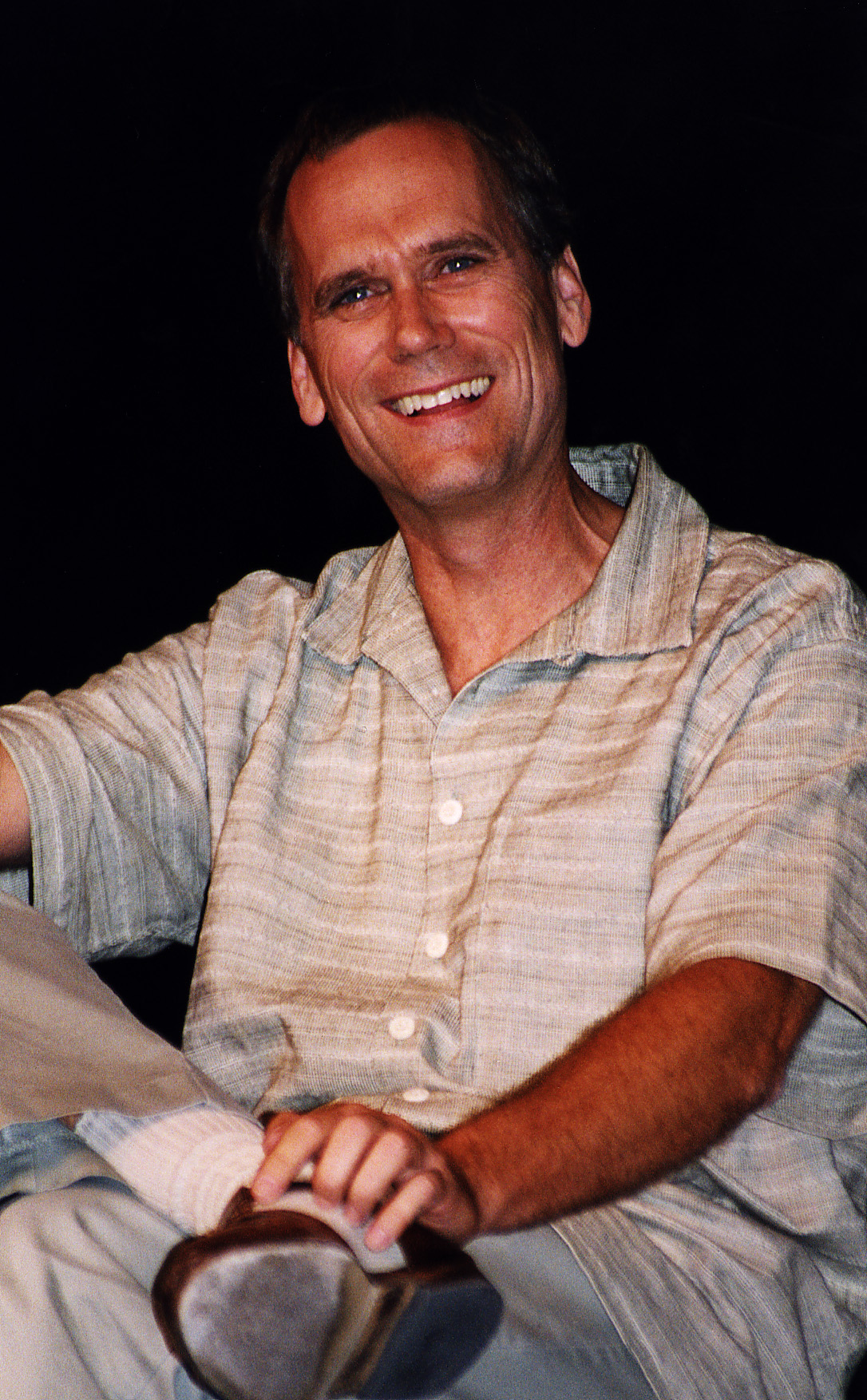 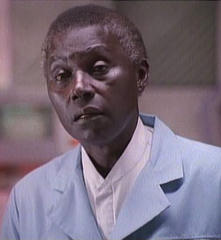 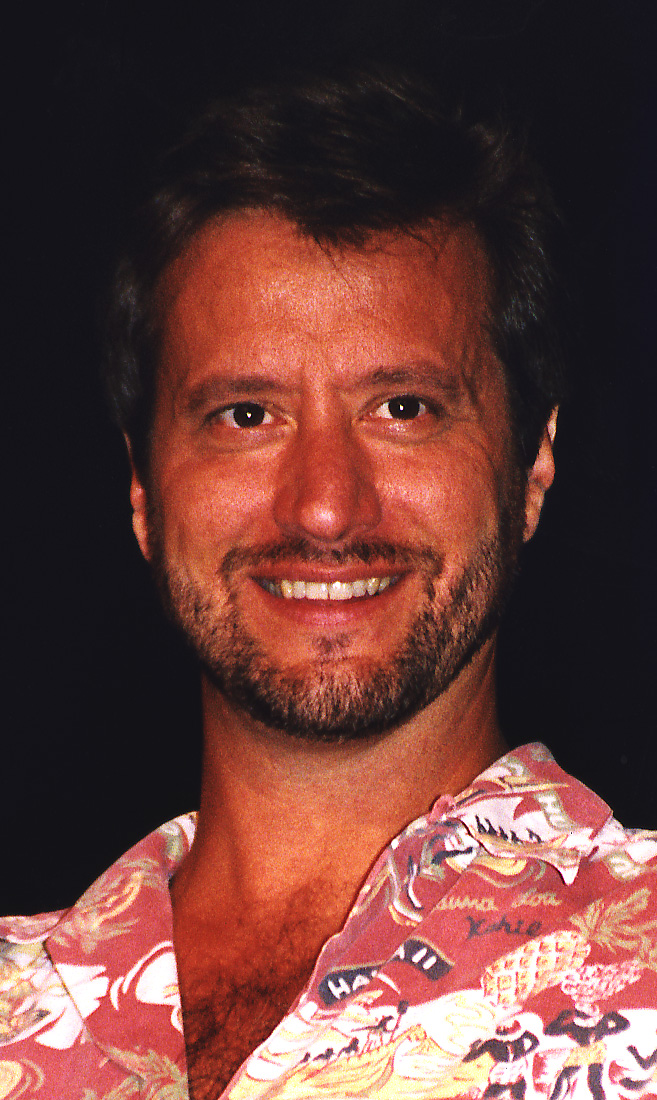 Jeffrey Willerth -- the Hawaiian shirt guy who would be Kosh!

Back to The Zocalo